Guns have long been an interesting subject in the United States. Gun control is always a point of contention, but the baseline truth is that these powerful weapons have become a part of our history and culture.

Grabbing up your own top shelf rifle is as simple as a quick online search, and guns are the subject matter referenced in a slew of songs made popular by listeners for decades. Take a quick look at some of the most memorable songs of our culture that make more than just a passive reference to guns. Janie’s Got A Gun – Aerosmith

Singing a song about a gun is no light subject matter, and Steven Tyler went deep with the second single from Aerosmith’s ‘Pump’ LP. ‘Janie’s Got A Gun’ features the story of a girl who is driven to shooting her sexually abusive pop.

Steven Tyler told Rolling Stone magazine that the song’s creation came from a thoughtful evening surrounded by reality. The singer said that he read a Time article showing the prevalence of gun deaths in the U.S. at the time. He then was swerved in the direction of child abuse, and felt he had to sing about it.

Jimi Hendrix is a music legend for a reason. In the heat of the Vietnam War, he released ‘Machine Gun,’ and dedicated the song to the troops fighting for their lives in Harlem, Chicago, and occasionally, Vietnam.

‘Machine Gun’ was revolutionary for more than just its subject matter. Jimi Hendrix played his guitar in such a way that he was even able to closely mimic the sounds of weapons and screams on the battlefield.

Happiness Is A Warm Gun – The Beatles

John Lennon was the epitome of fame in his time, and songs like ‘Happiness Is A Warm Gun’ make it easy to understand why. The profound statement made by the title itself is enough to pique the interests of a range of minds. A gun is only warm after it has been fired. Lennon was quoted saying that he found the statement to be “a fantastic, insane thing to say.”

I Shot The Sheriff – Eric Clapton

Everyone knows the chorus to Bob Marley’s ‘I Shot The Sheriff.’ The song centers around the story of a dude who shoots a police officer in self-defense. However, the story is such that the man is blamed for shooting the deputy as well.

Eric Clapton released his take on the classic piece in the late 70’s, but had no idea it would become such a lasting hit with listeners. Clapton said that he almost didn’t release the song, because he found it to be too whitewashed. 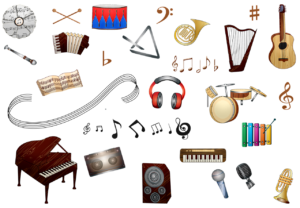 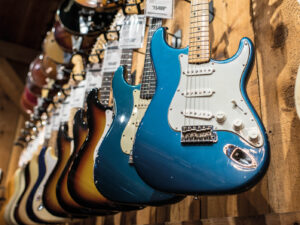 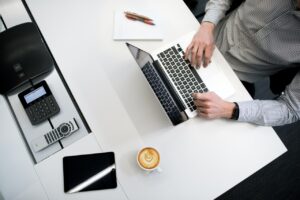