Whether you are a beginner, an amateur, or an expert, every sax player knows the iconic song called Baker Street. After all, this song includes the most recognisable saxophone solos in pop music history.

Baker Street was written and recorded by Gerry Rafferty, a Scottish artist, in 1978. Since its release, Baker Street has peaked in the number three spot on the UK singles chart.

This sax solo was also included in Rafferty’s album, City to City, which amassed thousands of dollars in royalties.

One of the most notable renditions of Baker Street was when session musician Raphael Ravenscroft played the line on his alto sax. Such events led to arguments being raised as to whether Ravenscroft or Rafferty wrote the song.

But putting the arguments aside, the riff on Baker Street marked the importance of the saxophone in mainstream pop music. This song is a must-play for friends, family, and loved ones to enjoy.

If you want to learn how to play Baker Street Saxophone, you’re in the right place.

Learning Baker Street on the Saxophone

When you listen to Baker Street, you might feel overwhelmed by the complex sounds you hear.

But the opening sax riff only uses several notes to play. You only need to learn four melodic ideas.

Although there are tricky areas, you don’t need to worry about playing the song. It is only a part of the learning process.

In the guide below, you’ll learn how to play Baker Street, note by note.

Plus, you’ll discover tricks to avoid common mistakes that sax soloists make when playing the song.

In this part of the song, the notes are pretty straightforward. However, much like in all masterpieces, the greatness lies in the details.

You need to start with the middle D. The second note will be the octave D—a high D that you play with a palm key.

To make the magic happen between these two keys, you’ll need to create what’s called a “gliss.” A gliss is just a major D scale.

Try keeping your fingers close to the keys to make it sound excellent, and practice getting it even.

Aside from mastering the art of gliss between the middle D and the octave D, what you need to remember in the first phrase is to “tongue” every note.

Take a look at this sequence. First, you must tongue the key D. Then, gliss the following note. The keys to tongue are C Sharp, B, and A.

The next step is to tongue B and hold it. Afterwards, you go up to C sharp and back to B again.

The final B is the last key to tongue.

For this phrase of Baker Street, you still need to use the same notes as the first one. However, the difference lies in getting the articulation right.

To produce the proper articulation, you must remember the tonguing from the first phrase and the gliss from middle D to high D.

As a reminder, don’t forget to use your musical sheets to be guided by the key shifts.

In the third phrase of Baker Street, you will be using many notes you learned from the song’s first two phrases.

But in the third phrase, the scooping of the As is crucial. You must relax your jaw and let the pitch drop to achieve the scooping effect.

Once there is a drop on the pitch, don’t forget to tighten your jaw back and bring the right tune.

As for the tonguing, you’ll need to tongue the first A key. However, don’t tongue the succeeding A’s. Not until you play the F sharp.

The final phrase of Baker Street uses the same notes you learned from the previous phrases. You’ll need to do a big scoop on the final B key.

After learning these four phrases, you are ready to play the first half of the solo.

As for the second half of the solo, you only need to remember the first four phrases as the notes are the same.

If you want to discover how you can play Baker Street on alto saxophone, you can watch tutorials on Youtube. You can also watch recorded sessions for reference.

While practising the iconic Baker Street, remember notes to tongue and areas where gliss is crucial.

Don’t forget to throw in a pop star attitude while practising Baker Street Saxophone. You can also conduct a mini-concert in front of loved ones and family members to show off what you learned! 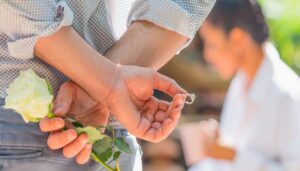 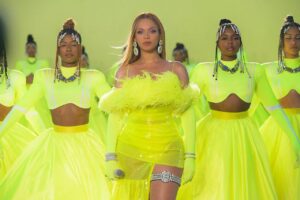